Traditionally, installation of underground utilities involved open trenching. The contractor had to excavate around existing utilities to get to the depth required to install conduit. Costly sidewalks, pavement, brick paving, sod and other surfaces had to be cut open and replaced. There was always a risk of hitting existing underground utilities during excavation.

Additionally, the excavation usually causes interruption of traffic and inconvenience to nearby businesses.

Directional drills are relatively compact with a small footprint, allowing them to get into tight spaces and can be situated on the side of the road without impeding traffic.

A small crew is required: a drill operator and a tracking equipment operator, who electronically tracks the progress of the drill head beneath the surface using a hand held tracker.

The tracker gathers data from the sonde located in the drill head just behind the drill bit. The sonde gathers data such as location, depth, roll angle, pitch, and temperature to help the driller adjust the direction of the bit and control the bore path.

To prepare for the installation, the drill operator must first calculate the route, or bore path, of the pipe along a shallow, underground arc. The operator must also estimate the load applied to the pipe during pullback and select an appropriate pipe for the project.

As he bores the path, a bentonite polymer mix is injected into the hole to stabilise the hole, remove cuttings, reduce torque, lubricate the pipe, and cool the bit.

When the pilot hole has been bored and the bit emerges in the exit pit, the drill bit is removed. A reamer is placed on the end of the pipe string and pulled back to enlarge the borehole. Generally, the reamed hole is 120 to 150 % larger than the service pipe that will be inserted.

Lengths of HDPE pipes are then fused together. The pipe is heated and the molecules are transformed into a crystalline state that enables a seamless joining of the pipe. The end result is a fusion joint that is as strong or stronger than the pipe itself. 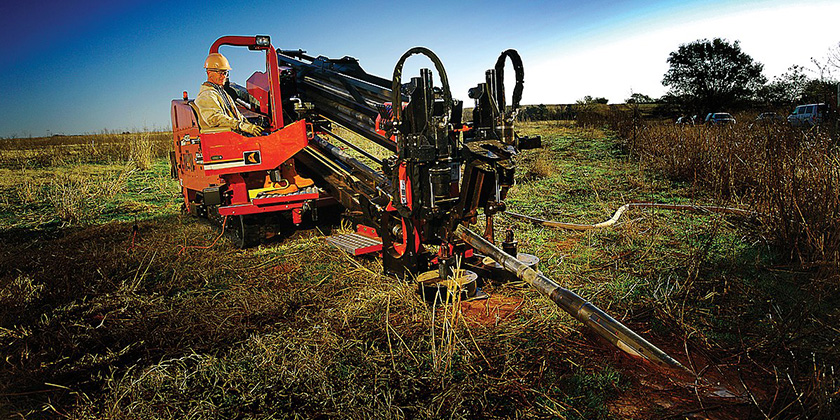 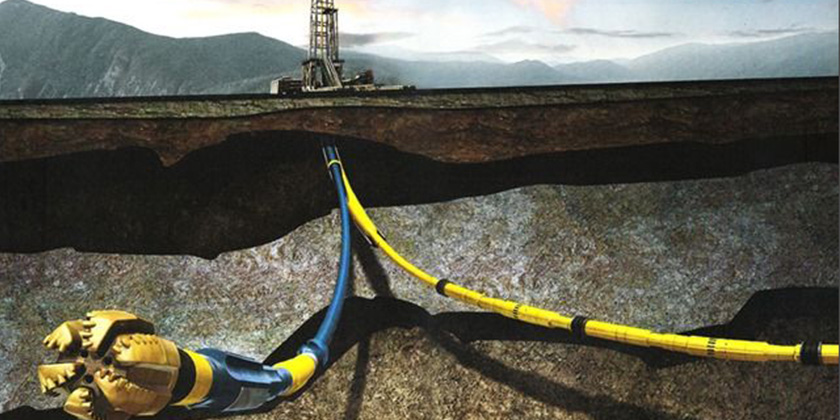 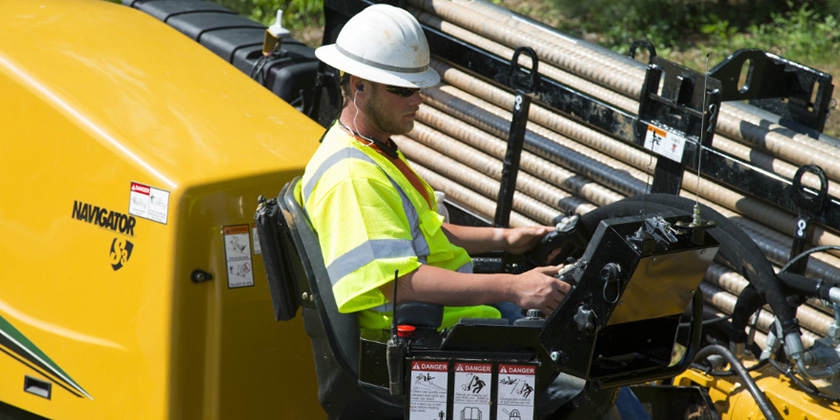 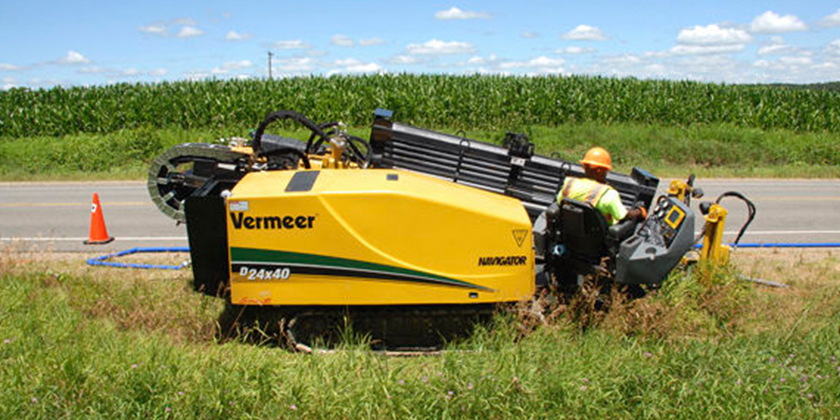 HDD is a newer technology in pipe and utility installation that allows greater accuracy and flexibility in placement and ends the need for costly digging, large crews, road closures and other complications of traditional digging and pipe installation. The traditional system of digging down to install pipes and utilities is called “open-cut” and is far more disruptive than HDD and comes with many drawbacks. HDD is likely the best alternative for a repair, maintenance or installation project. 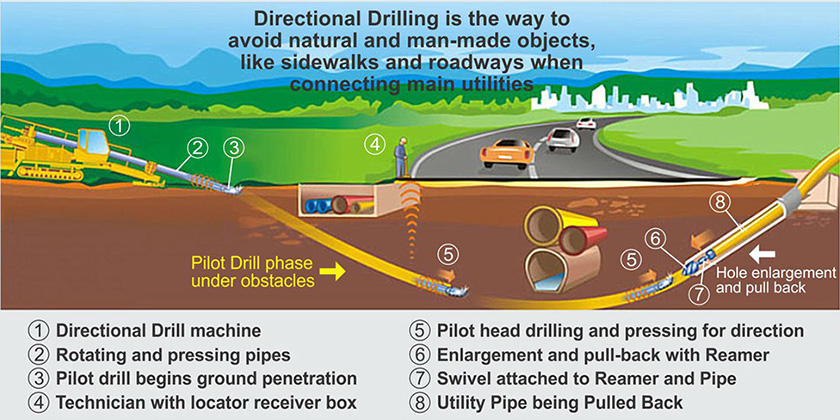 HDD makes for a much faster installation. Drilling horizontally under the ground without digging down and then across as is done with traditional open-cut means the work will get done much faster. There’s less dirt displaced, less to rebury and less to dispose of.

HDD is faster and that means lower cost. Because HDD requires fewer operators and less equipment, it is more cost-effective than open-cut.

Landscaping will be preserved as there is no tearing up along the line.

HDD allows placement of pipes and utilities where obstacles are an issue. If you need a pipe to run under a road, driveway, culvert, river or in an area where the pipe must curve, horizontal drilling allows for all of this. You can lay a pipe where it was too costly to before, or virtually impossible.

Because horizontal drilling pushes soil to the side rather than bringing it to the surface, there’s much less of a chance that soil contamination will spread above-ground with HDD during drilling.

HDD usually requires less extensive permitting because it creates less of a disturbance, produces less debris, doesn’t require blocking traffic as traditional open-cast does and because it’s a similar process with fewer works and equipment required, it can be easier to get approval to perform the work.

Need more information? Enquire today by completing the form below.